We went climbing on Stanage Edge, a lengthy escarpment in the Peak District.

Climbing. We mostly stuck to Mod and Diff routes. For the first few days we managed a lead and a second each; much of the rest of the time was consumed with false starts and getting lost trying to find the next route we wanted to do. We had nice weather and beautiful scenery though. For the last couple of days our productivity roughly doubled, partly a result of more effective navigation but probably also “getting into the swing” of it. On Sunday Matthew and Sally joined us which made for a good end to an already excellent week. 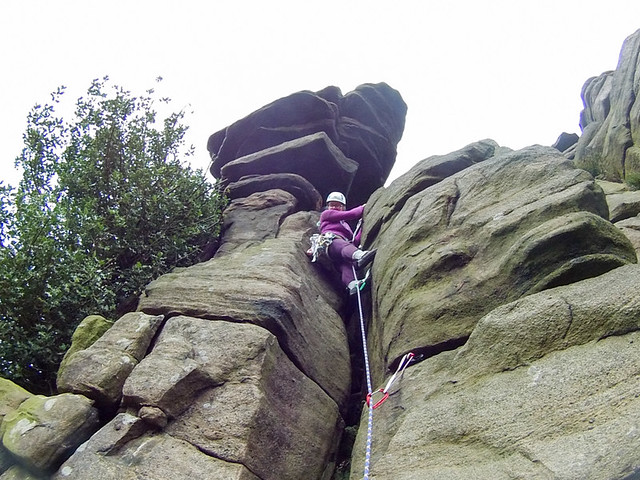 Other Activities. Friday was the only day that was seriously wet during the day and we went to Chatsworth House, the seat of the Dukes of Devonshire even today. In local terms it’s kind of like Wimpole but on a rather grander scale. Its continued noble occupation has resulted in the accumulation of contemporary art as well as the usual stately home standbys, although excepting the photography I didn’t rate much of it. It’s also substantially covered in scaffolding and sheeting at the moment due to extensive renovation works; apart from the occasional drilling sounds (which based on conversation maybe annoyed the staff more than they did us) this didn’t really impact on our visit, though if you want a clear view of the whole exterior then maybe you should postpone your visit until this is finished. 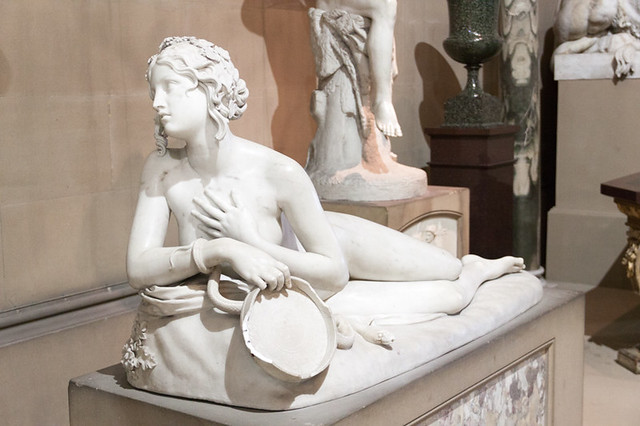 I kind of want Mallory Ortberg to caption this.

We also made it to Sheffield Hallam Parkrun, where I chipped a few seconds off my PB. I’m not sure how comparable it is with Cambridge, though. Doing a 5km run in the morning coincided with the uptick in our climbing productivity, which N didn’t consider a coincidence.

Accommodation. We stayed at the North Lees campsite, which is a pleasant 10m walk from the road below Stanage Edge (more to the rock, depending which bit you aim for and how lost you get). Slightly spartan but it did the job. It was mostly fairly empty, only really getting crowded at the weekend. Generally the first thing we heard on waking was sheep. 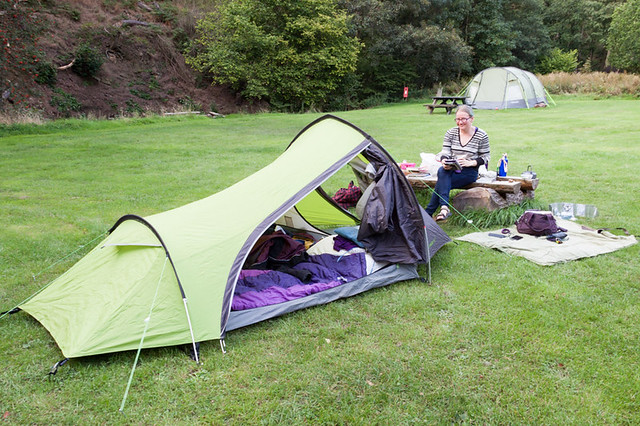 The purple sleeping bag is N’s, surprising nobody.

The nearest village is Hathersage, which was a pleasant enough walk in the light though a bit dicey coming back in the dark. We tried two of the three pubs for dinner, returning to the Scotsman’s Pack for a second visit and eating once at the nevertheless perfectly acceptable Plough Inn and one of the two local curry places, Maazi.

Driving. I haven’t owned a car for more than a decade and until very recently hadn’t driven one for around half as long. For this trip we hired a car and mostly got on well, though I thoroughly disliked the single-track lanes around the campsite. 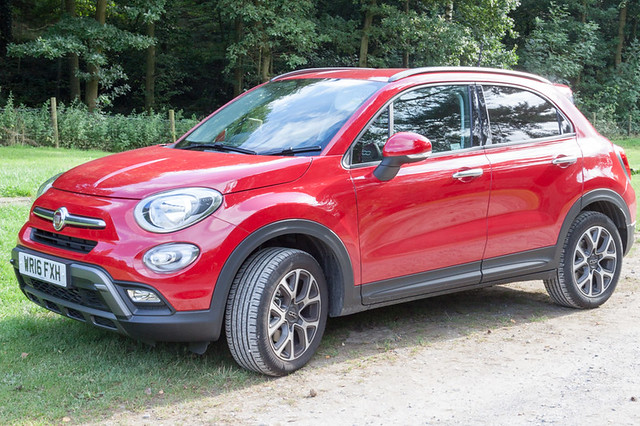 Cars have changed in the (mumble) years since the previous car I drove left the factory. Six forward gears is an obvious enough evolutionary step and I was vaguely aware of start-stop but I’d not expected the electronic handbrake, nor had I expected the car to tell me when to shift gear - something it was generally right about on the motorways, but I thought less reliable when getting round those narrow lanes.

Photos. There are lots more photos on flickr. I made some videos while climbing although I think they’ll be of more interest for analyzing gear placement than general interest.